Anything That Moves Me

Over to the Dark Side 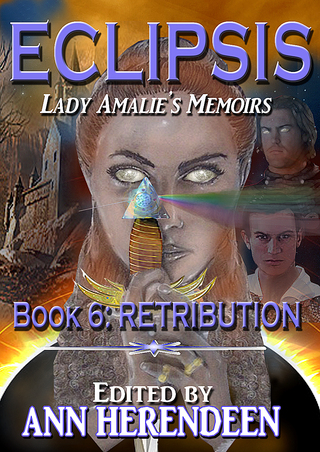 A week after my righteous denunciation of the siege-warfare scenarios in Angry Birds, I am knocking down ever more complex buildings and killing regiments of green disembodied pigs.

So what changed me from a sensitive recruit into a battle-hardened veteran? I guess the first thing was getting to the next "scene" or group of levels. Instead of the agricultural look of the first set, with its fields and villages of children, the next set was more urban. No melon patches here. The background noises, which featured chirping birds and insects in the first set, became the distant jackhammering of city nightlife. Now, in the third scenario, there's a construction motif, with pigs wearing hardhats (some over helmets) and hammering sounds. And although many of the backgrounds are still domestic, there's a healthy mix of military targets: battle ships, fortifications, anti-aircraft towers, all "manned" by helmeted, military pigs.

The turning point for me was a scene with two stone churches. There's nothing like knocking down a building with a cross on the roof for helping this militant atheist get into character. If ruthless, take-no-prisoners warlord is Who I Am in this game, then all I can say is, "Bring it on!"

Of course, it helped a lot that there were no huddled masses of refugee families inside the churches, just one solitary pig priest in each. After destroying these houses of worship and their ministers, I even demolished a school (piglet children at desks, a pig teacher or principal in an office) with barely a twinge. From then on, the scenes were more neutral, with fewer "children" or emotionally-charged settings.

In fact, there was a whole run of nighttime scenes of quite extraordinary beauty and complexity. Against a background of stars and crescent moon, with a skyline like New York (or any big city's) I was given new weapons to learn, and new kinds of targets to shoot. The best scenario, one I could happily play over and over, included pigs hanging from balloons, and balloon "bumpers" on the ground that acted like trampolines, allowing even dead, exploded missiles to rebound and hit more walls. It was so totally unrealistic, suggesting none of the atrocities of actual war, that I could enjoy it for what it was: a well-designed target game.

Angry Birds, in addition to recreating siege warfare, has some of the features of pinball, bowling and billiards. It's so addictive because it rewards skill to a sufficient degree that the element of luck is intriguing, not frustrating. Each weapon uses a different kind of finger-swipe and level of force to work effectively, and each scenario requires judgment: whether to aim low or high, go for distance or destroy the near targets first. As in pinball, you rack up points if your missile bounces off a bumper or a wall, caroming from target to target. As in bowling, where the first pins you hit knock down the others, the best strikes cause the falling debris and rubble of the first toppled tower or wall to bring down the structures beside them. And of course you try to avoid the equivalent of a 7-10 split, with two little pigs to kill, one at each end of the scene, and only one missile left to shoot. As in billiards or pool, you develop an understanding of angles, force and velocity, trying for a "good break" in which the first heavy missile takes out a big chuck of real estate.

I don't know if I've become less sensitized to the horrors of total war, but I commend the designers of Angry Birds for moving away from the more disurbing scenes. With several sets yet to play, I'm hoping I won't have to knock down another greenhouse or massacre any more villagers.