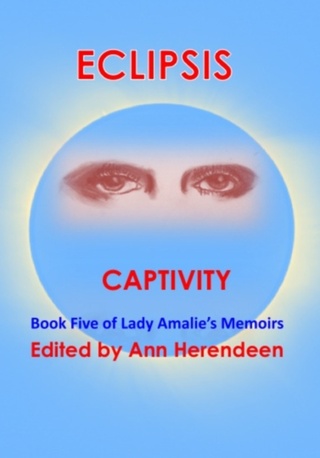 Six years have passed since Amalie married Dominic and became 'Gravina Aranyi. Amalie and Dominic have a daughter, Jana, a fighter like her father, brave beyond her years; and a son, Val, a budding genius at not quite two years old, who speaks three languages but wears a diaper at night. Dominic's companion, Stefan Ormonde, has moved on to marry and start his own family.

Now Amalie has learned a few things about Dominic's past. And in her jealousy and anger, she sets out on a dangerous journey with the children, only to be ambushed by bandits. As she tries to free herself through the use of her telepathic gift she makes a horrifying discovery: her captor is gifted too.

Dominic and his new companion, the intrepid young officer Niall Galloway, must rescue Amalie and the children from a madman and his army of desperate outlaws. It will take all of Dominic and Niall's skills of telepathy and swordsmanship to save their family—and it's up to Amalie to protect herself and the children in the meantime.

But for the Aranyi family, the enemy within is the most dangerous.